The Swarmatron Will Take Over the Airwaves!

If we had any power over these things, there would be a Dewanatron in every home. But at the very least, the Dewanatrons' Swarmatron is getting some notoriety. Here's a nice little piece in the New Yorker about it.

The Diabolical Dewanatron at The Cinefamily! 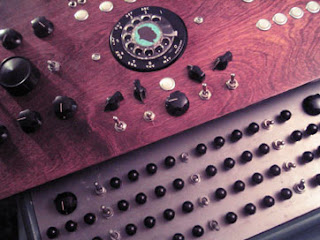 Brian Dewan returns to the Cinefamily at the Silent Movie with cousin Leon Dewan. Together as Dewanatron, they will create a live spooky soundtrack for early Soviet cartoons, Castle educational films and other creepy silent shorts just in time for Cinefamily's month of Halloween Spooktacular Films. You don't want to miss the Dual Primate Console, the Melody Gin and other Dewanatrons created by these mad musical geniuses!

You can pre-order tickets at the Cinefamily website, or get them at the door (if they're not sold out). 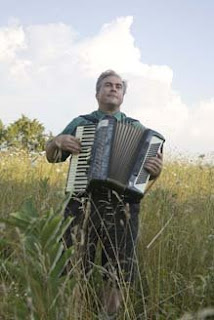 As a rare treat, Brian is going to be in Los Angeles for a special performance at the Cinefamily at The Silent Movie Theatre.

He is bringing his projector and showing originals of his fabulous film strips (including his latest, "Williams Meadow") as well as performing on the accordion and autoharp.

The theatre also has a great patio in the back where Brian will sign copies of his DVD, while we enjoy homemade lemonade and snacks. We promise a fun and entertaining evening for the whole family!

Here are the details:

"Housed" Exhibition at the Pierogi Gallery in Brooklyn

Concurrent to his current tour, you can see Brian's beautiful work, live and personal at the Pierogi Gallery in Brooklyn.
You can sit in this living room-like installation and view his latest filmstrip: "Williams Meadow."
Posted by Cecilia Lee at 7:52 PM 1 comment: 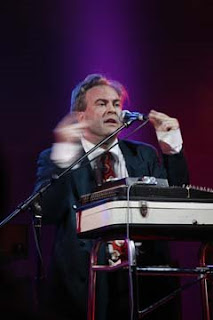 Hopefully, you'll catch him in your town. He's playing with The Music Tapes and Nana Grizol.
Here are the tour dates:
02.14.2009 -- Scottsdale, AZ
Chyo Arts 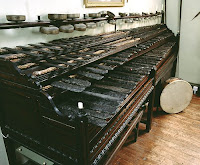 We've made the search easy for you. Lots of solo performance footage, Dewantron hijinks, election songs, even Sad Chopsticks performed on stones from the antique Richardson lithophone.
Posted by Irwin Chusid at 10:31 AM 2 comments:

Ringing at the Speed of Prayer

"In the autumn of 2006, Brian Dewan presented the Liverpool Cathedral Bell Ringers with performance instructions for Ringing At The Speed Of Prayer. Each of eight ringers was to arrive at the bell tower with a number of prayers of their own choosing; after saying each prayer (which can be any length) the ringer pulls the rope and sounds the bell, then returns the bell to its original position. After saying another prayer, the bell is rung again. This yields a sparse and jagged melody created not by an author but by Providence. Though the ringers and their prayers can be neither seen nor heard outside the tower, it is because of them that the bells can be heard below intermingling with the sounds of automobiles, airplanes, emergency vehicles and the chimes of ice-cream trucks, an intermingling of the public and private, the seen and unseen, the secular and the sacred."

Insta-review: "This guy is a bard!" - Trixie von Mothersbaugh

Posted by Irwin Chusid at 7:05 PM No comments: